Conclusions of the prosecutors' meeting on regional cooperation in war crimes proceedings, held in Sarajevo 17-19 December 2019 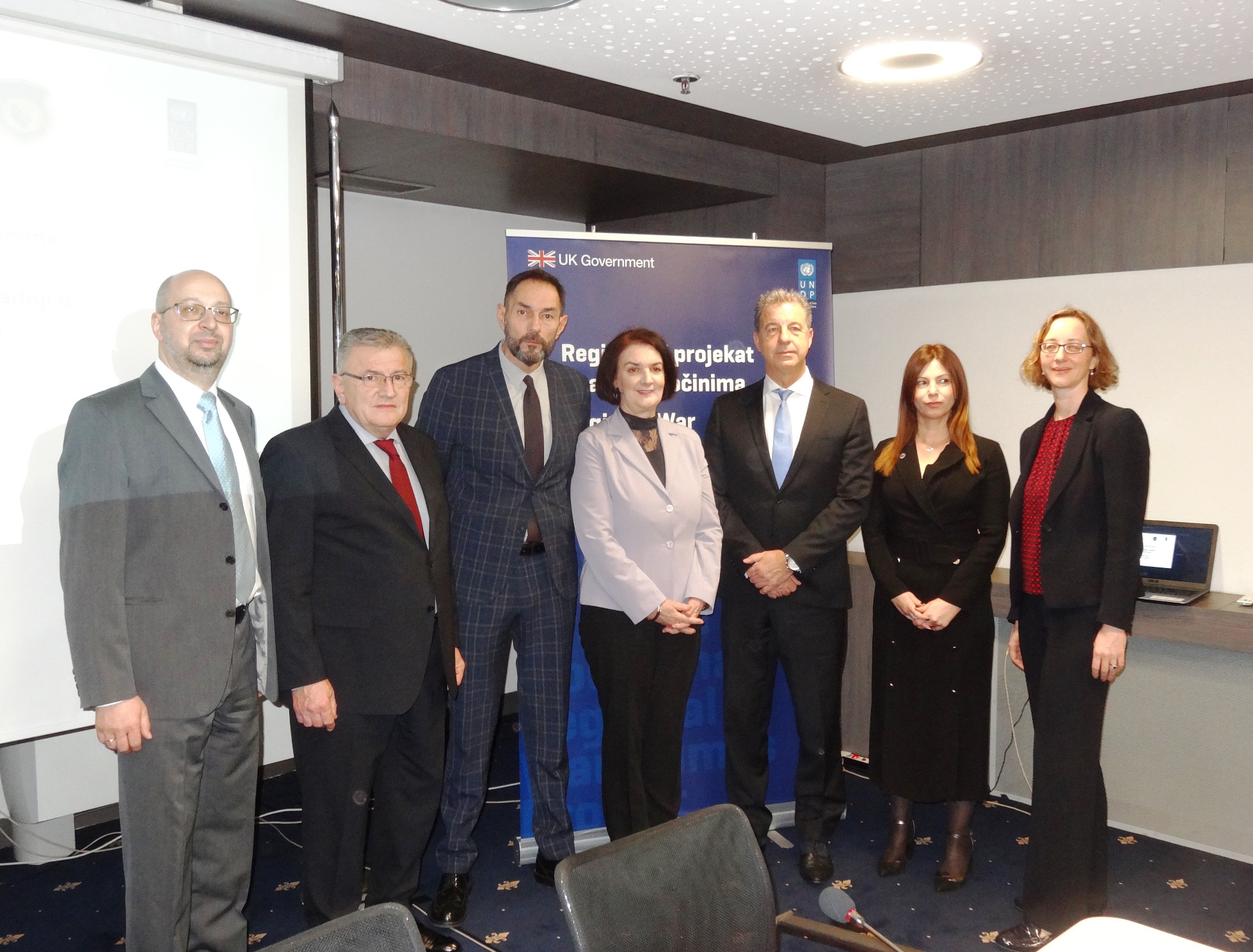 BH Chief Prosecutor Gordana Tadić hosted a regional prosecutors' conference on cooperation on war crimes cases, held in Sarajevo from 17 to 19 December 2019. Among the conference participants were Croatian Chief Prosecutor Dražen Jelenić, Serbian War Crimes Prosecutor Snežana Stanojković and IRMCT Chief Prosecutor Serge Brammertz. The meeting was also attended by representatives of the Supreme State Prosecutor's Office of Montenegro, of the Brčko District Prosecutor's Office, and of the cantonal and district prosecution services of Bosnia-Herzegovina. This high-level conference, which follows the May 2019 conference in Belgrade, was convened and organised by the United Nations Development Programme (UNDP), with support of the governments of the United Kingdom and Italy.

The discussion focused on the improvement of regional cooperation in war crimes cases. At the conclusion of the meeting, the prosecution offices represented made the following joint statement reflecting their main conclusions and commitments:

Reflecting on the progress since the previous conference held in May 2019 in Belgrade, the participating offices committed to ensure that technical meetings are held prior to initiating the transfer of cases to resolve possible challenges and ensure that transferred cases can successfully be prosecuted by the office receiving the case. It was agreed thet following the transfer of cases, there must be constant communication and mutual assistance throughout all phases of the proceedings between the prosecutors from the office that transfers the case and those from the office that receives it. The participating offices were informed of the beginning of the process of transfer of some cases from BH to Serbia and Croatia respectively.

With the purpose of ensuring that war crimes cases are successfully prosecuted after transfer from one country to another, the participating offices are making a joint appeal to all victims and witnesses to support the transfer of cases and agree to testify in trial proceedings conducted in the neighbouring countries where the cases are transferred. The participating offices further committed to encourage witnesses in the transferred cases and to provide them with all support within their competence. They also called upon relevant national authorities to ensure that witnesses are provided all necessary protective measures and support.

The participating offices also noted the challenges that have arisen in the transfer of cases to date, and agreed to continue technical cooperation with the IRMCT Prosecutor's Office as a means to analyse obstacles and problems and to resolve issues.

The participating offices also discussed other areas where improvements can be made in regional cooperation, particularly in coordinating investigations, or conducting joint investigations where legally possible. It was agreed that better cooperation between prosecutors prior to the issuance of indictments would increase the effectiveness and efficiency, and the likelihood of successful prosecutions in the country that conducted the investigation or in the state where the case was transferred to. It was also concluded that there are no barriers to the participating offices working together in a coordinated manner from earlier stages of proceedings, including through joint investigative teams where legally possible, and to jointly identifying concrete cases suitable for joint efforts and coordination.

As the host of the conference, the Prosecutor's Office of Bosnia-Herzegovina noted that it has the largest number of pending war crimes cases in the region to process. It offered to exchange updated information on cases in which suspects or accused are not available with the other participating offices. In that regard, the BH Prosecutor's Office invited all the prosecution offices in the region to bilateral discussions aiming to determine the most appropriate jurisdiction for prosecuting each concrete case.